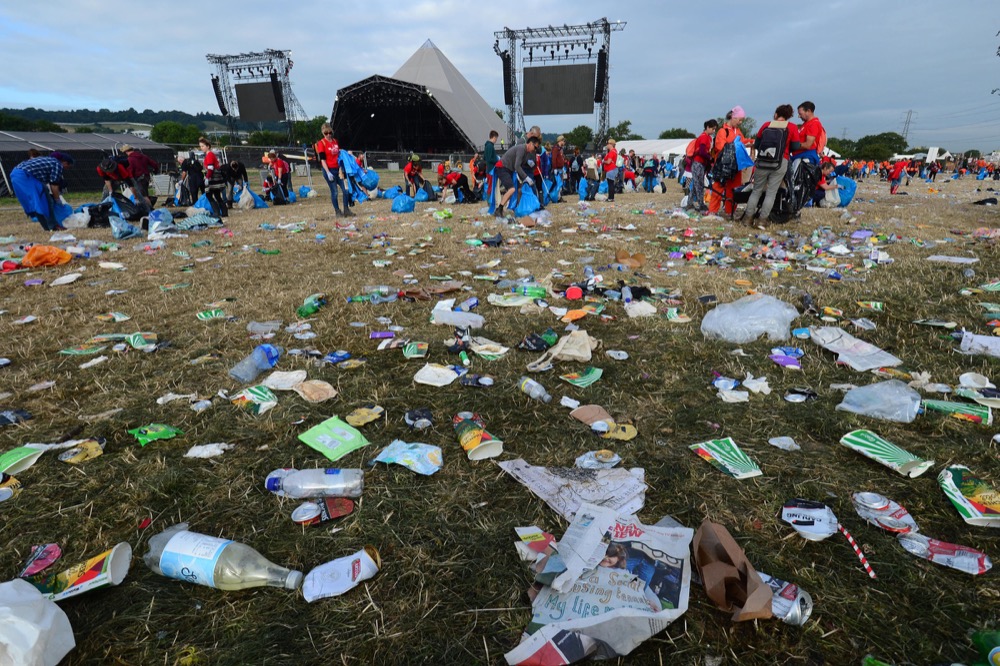 “There will always be the peace, the love and the music, but the legacy of any large music festival will also always include a heap of trash. For 50 years, oceans of waste have washed over fields from Bethel, New York to Indio, California to Somerset, England. And though this garbage isn’t the worst driver of climate change, it’s only in the past few decades that festival organizers have committed to keeping things cleaner.

This year, Glastonbury, the U.K.’s biggest festival with a five-day annual attendance of 200,000, will ban the sale of single-use plastic bottles and eliminate them entirely from their backstage areas. Vendors, instead, will be allowed to sell canned sodas and water; and though attendees will not be prohibited from bringing their own plastic bottles, officials are strongly encouraging them to bring a reusable bottle instead…”