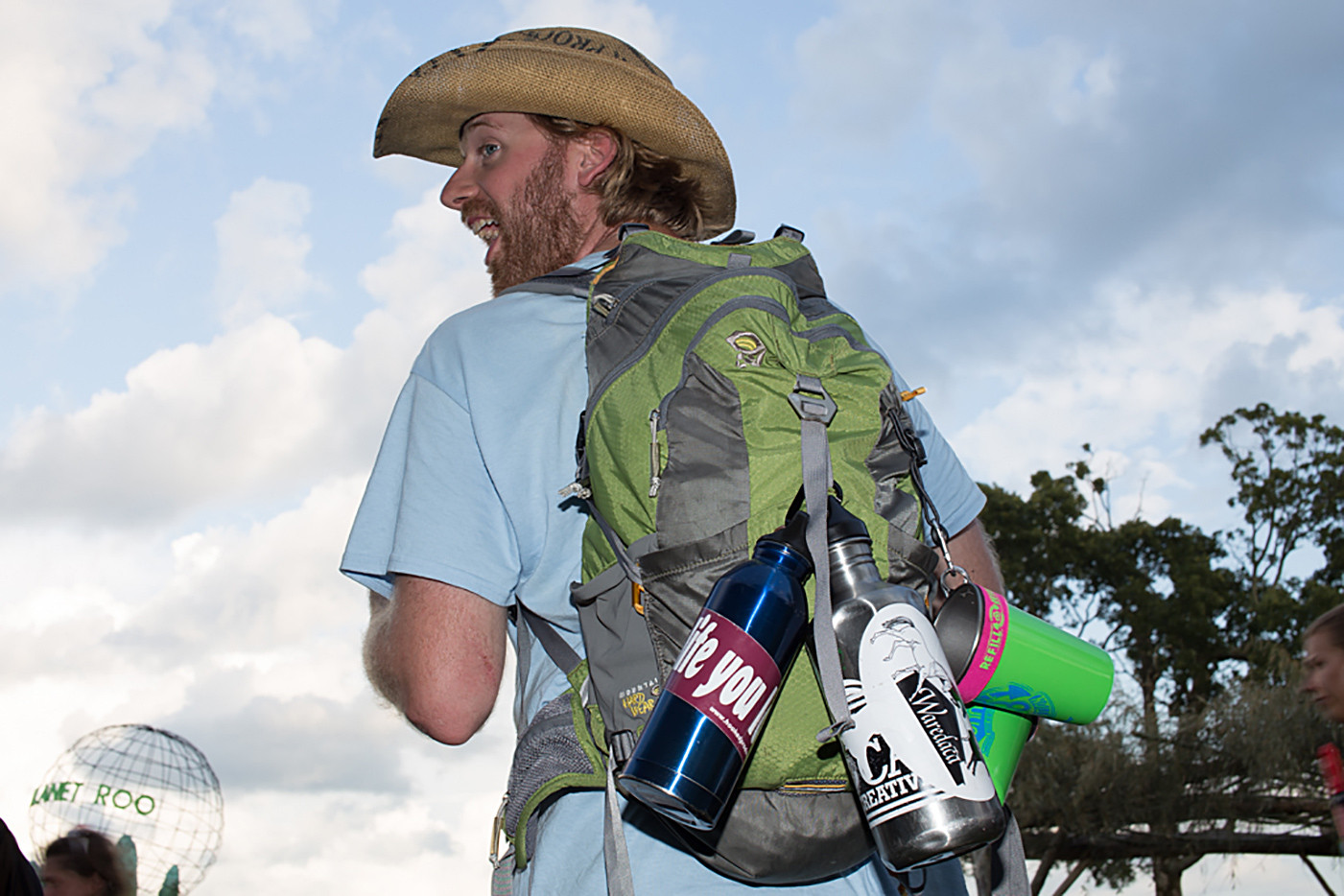 “Unless you’ve been living under a rock, you’ve heard the stats: Plastic is flooding our world. Our oceans bear the burden of five continent-sized mass accumulations of plastic, and unless our ravenous consumption of it changes, scientists predict there will be more plastic than fish in our oceans by 2050.

How much garbage does a typical music festival generate? The 2015 Bonnaroo Music and Arts Festival, with roughly 90,000 attendees in Tennessee, produced more than 679 tons of waste over four days. That’s 15 pounds of waste per festival-goer — nearly twice the average amount a U.S. consumer uses daily. The biggest component of that waste was single-use disposable plastic: water bottles, beer cups, straws, utensils, wrappers and packaging…“